The rotating drum, manufactured of cupper, was built in 1659 by Pieter Hemony and weighs 2.105 kg, the iron suspension not included. 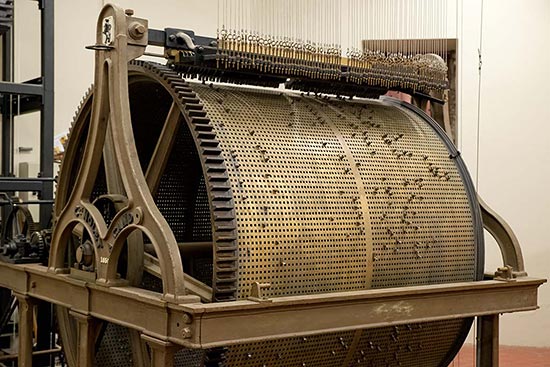 Whenever you hear the carillon playing downtown Ghent, chances are high that the tune is played automatically by the rotating drum. The drum plays daily every quarter of the hour from 9.00 am till 10 pm.

Every hour, 4 songs are played. To play these songs, the carillonneur's presence is not required.

This enormous drum is set in motion and while rotating, the pins on the drum will lift the tumblers. These tumblers are connected by wires and force the hammers to hit the bells when lifted. 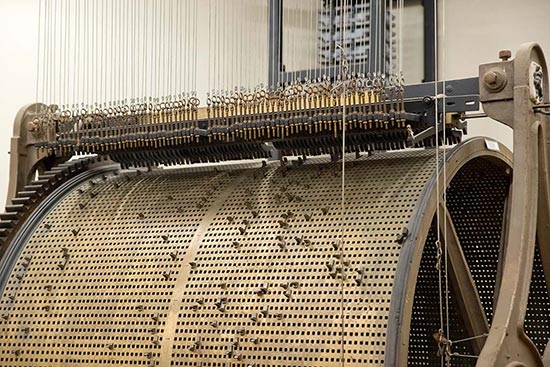 The bells room is positioned one floor up the rotating drum. The wires pass through the ceiling of the drum's room to reach the bells. 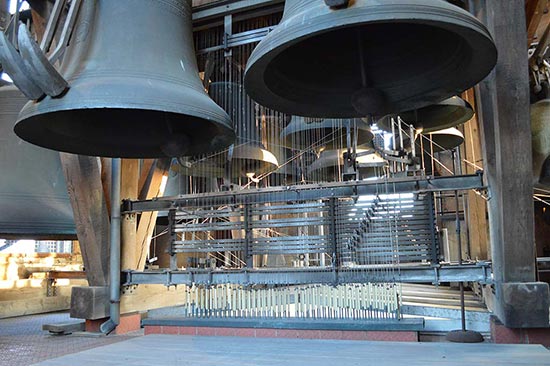 The hammers are positioned outside of and very close to the bell. Hammers are solely activated by the drum. Most of the bells have multiple hammers to allow hits rapidly repeating one after the other on the same bell.

Only the clapper of the bell is connected to the keyboard, used by the carillonneur when playing manually. 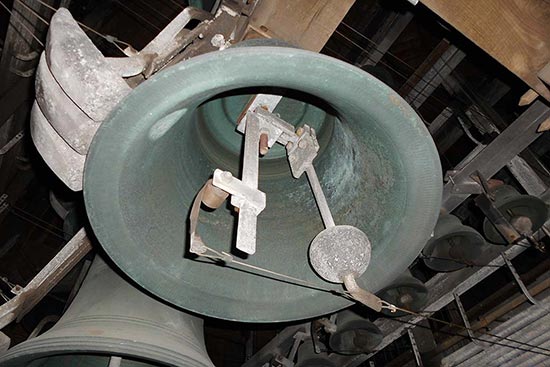 Every 2 years, the positions of the pins are changed by the carillonneur to program other songs. To do so, all pins are removed at once and will be plugged in again one by one in new positions.

Every pin has a long screw-thread which is inserted in the holes of the drum. Inside the drum, the pin then gets tightened. The picture below shows the longest and shortest pin of the rotating drum in Ghent. The length of the pin determines the musical timing. 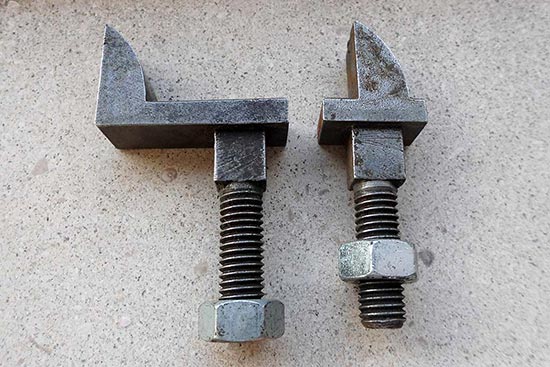 The picture below shows all available lengths of the pins for the rotating drum of Ghent's carillon. 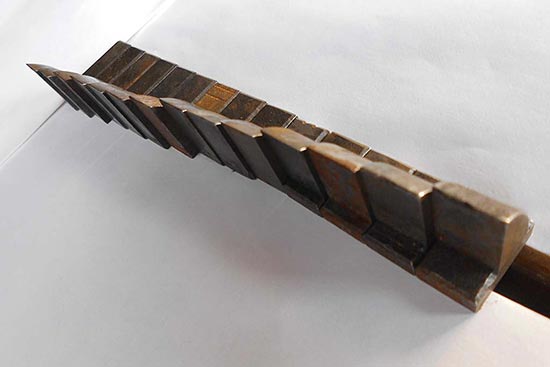 In preparation of the 2-yearly change, the city carillonneur has to translate the sheet music of new songs into a mathematical setup that equals the metrum and tempo of the song. According to the counting unit and musical tempo, selected holes of every row will be filled with the calculated pin. 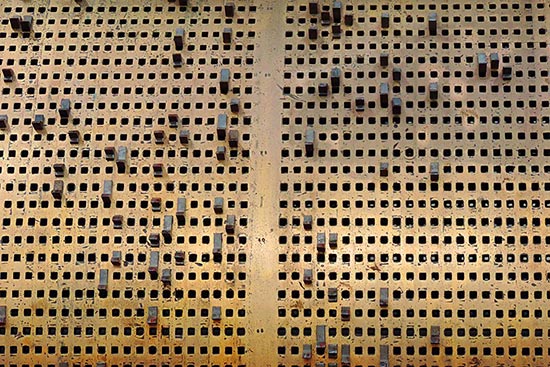 To know which bell is triggered by which hole the carillonneur uses a lath on which the Italian naming of notes is marked down and corresponds to all available bells. On that lath, the notes evolve from the heaviest bells on the left to the lightest on the right. The most left, you'll find the bass bells weighing over 6.000 kg.

For every note, the number of holes might vary in horizontal direction. When more holes are available for a note, more hammers can be triggered on that specific bell. 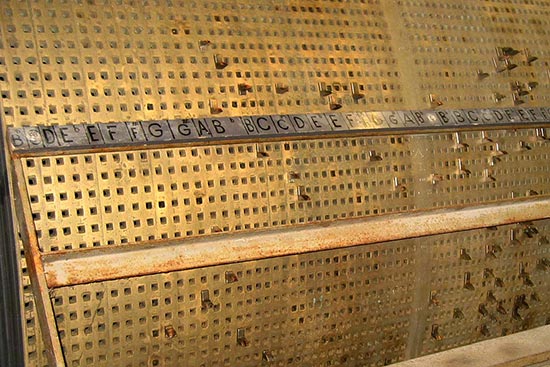 The legend of Eastern tells that the flying bells leave Rome returning home one week before Eastern. Given the absence of the bells that week, it is also called the 'Silent Week'. Every 2 years, the pins get repositioned for new songs.

On Eastern, the bells have returned from Rome and will sound again: the rotating drum will start playing again, assisted by the heavy sound of 'Klokke Roeland' to announce they're back.

Obviously this event is celebrated with a special carillon concert downtown Ghent. Every year again.

The Pharaoh of Ghent

The Pharaoh of Ghent